Early last year, L Ø S T C U L T U R E predicted that the likes of Justine Skye, H.E.R., Khalid and more would achieve enormous feats across 2017, and in most cases the artists selected flourished. H.E.R. teamed with the likes of Bryson Tiller and is now an international touring act, Justine Skye is weeks away from her debut album release, which features the likes of Wizkid and Jeremih and Khalid is potentially a month away from a Grammy win. With 2018 already here, we are back to reveal the acts which have the potential to flourish in a similar fashion over the next 12 months. 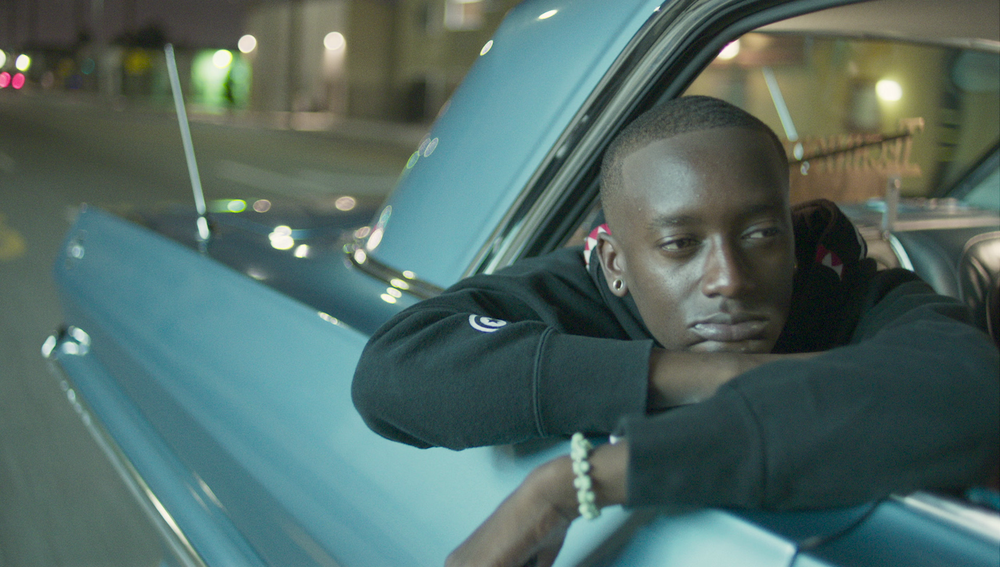 Compton rapper Buddy was first introduced to the industry in 2011 by Pharrell with his launch single Awesome, Awesome.  The following years saw Buddy collaborate with the likes of Kendrick Lamar, Nipsey Hustle, Chance The Rapper and more prominent forces, all while developing his craft. In 2016, Buddy really began to gain traction with his single Shine, which wracked up over 15 million streams across Spotify and Apple Music. Last year, Buddy demonstrated his work ethic by dropping two EP’s titled Oceans & Montana and Magnolia, which both have gone on to gain critical appeal. With support from industry insiders such as Schoolboy Q, an undeniable underground buzz, and a debut album in the works, 2018 might just be the year that Buddy begins to blow.

Singer/Songwriter Liana Banks has been featured on the site before for her talented solo-body of work thus far. Reigning from NYC, the multifaceted force has a strong resume for her penmanship in the music business. To date, Liana has worked with the likes of Justine Skye, Fabolous, Jadakiss and Chris Brown all while working on her solo efforts. Over the course of 2017, the artist has had the eyes of Nylon, Billboard and High Snobiety watching her every move and premiering her visuals. Her debut mixtape Insubordinate also arrived last year and demonstrated her versatility, drive and undeniable skill as a vocalist. The momentum continues to build for Liana as she crafts her next project (due first quarter); if she plays her cards right, she could own 2018.

The female rap arena is having another moment again and Maliibu Miitch is eager to join the rat-race. This lyricist is no stranger to the rap game, as she’s had multiple deals with labels such as Def-Jam over the years. However, the 26 year old cultivated her own buzz last year with her single 4AM, which had a street buzz across the Big Apple. The act has also drummed up attention for her remix of Lil Kim‘s Crush On You. Maliibu Miitch has an undeniable lyrical ability and is clearly at the top of her field when it comes to talent. When talking to XXL last month, the Bronx act revealed that she has an EP and mix-tape due out over the course of the year which will feature some powerful collabs including Chris Brown. With Miitch, all it’ll take is the right single this year, and it looks like she might just have that in her arsenal.

Jelani Blackman has been getting to grips with being a full time artist for the last couple of years. After his track Twenty//Three blew up across the internet, the West Londoner suddenly found himself signing a record deal with Quality Time Recordings. After taking two years to craft his sound, the Hip-hop act returned with his 1-4 EP in 2016 and it’s follow up 4-8 last year. Across both EP’s, Blackman demonstrates his attention to detail, hard-hitting lyrics and proves that there’s more to the UK than conventional Hip-hop and Grime. His style of rap fits in perfectly with the KAYTRANADA‘s of the producing world. If Jelani Blackman continues to progress at such a steady pace, it’ll be no time before his name is all over the country and beyond.

It feels a little weird featuring Cassie on this list as she’s been in the Entertainment business for over a decade. However, her brand has only lightly focused on music over the years, but it looks like that is about to change. Following Cassie‘s 2006 Bad Boy debut, she remained very low-key musically only releasing a mix-tape (RockaByeBaby) in 2013. Fast-forward to 2017 (October), and the singer revealed that she is back in the studio crafting her sophomore album. Cassie has a lot to prove as she hasn’t charted since 2012 with King Of Hearts. Even so, she has a star power which is hard to ignore, and has the likes of PARTYNEXTDOOR producing on her album. It’ll be interesting to see if Cassie can reach Billboard’s apex once again this year.

Plaza is the newest member to Drake‘s OVO roster, and signed with the imprint mid-last year. Interestingly, his signing was announced on OVO sound and instantly his second EP Shadow was unleashed to the masses. On a label that predominately deals with the laid-back Toronto styled R&B, it’s hard to stand out, but Plaza did just that. His eerie vocal, laced with a subtle yet soothing auto-tune is the perfect combination across his organic soundscapes. Before signing to OVO, industry experts already praised the singers debut EP, and hailed it a success. With time on his side to grow, a huge backing and an already established sound, 2018 seems like the perfect opportunity for Plaza to win and win big.

The female rap moment isn’t just exclusive to the USA. Over the years, acts such as Lady Leshur, Little Simz and more recently Stefflon Don appear to be cracking a long-term void in the UK. Ms Banks is now a part of this movement and is demonstrating that her rise is imminent. Her moment has been on the horizon for years, but kicked into overdrive in 2016, when her Fire in the Booth stormed social media, and sparked a real conversation about he lyrical ability. In 2017, Ms Banks found herself on the BET Cypher for the UK and again had a spotlight on her as the only female rapper featured. Lastly, Nicki Minaj gave Banks a shout-out via Twitter and even hinted at featuring her on the UK leg of her next tour here. A new found sense of attention hit the lyricist, as publications such as The Guardian and NME recognised Ms Banks’ abilities following the Twitter moment. With a whole new sense of interest on Ms Banks, 2018 as it stands is shaping up to be her breakthrough year, all she has to do is bring her bars to the table.

Jacob Banks has had an incredibly steady and organic rise to success. After receiving a co-sign from Zane Lowe in 2012 for his record Worthy, the singer went on to support Emeli Sande on tour in 2013. On top of this, the Birmingham native collaborated with Wretch 32, Chase & Status and Plan B. In 2016, after years of hard-work, Jacob inked his second record deal with Interscope and took his career into overdrive. Following the signing, the vocalist managed to birth a new career breakthrough last year, with his EP The Boy Who Cried Freedom. The EP led to a European and North American tour over the course of 2017, and a US television debut on Late Night With Seth Meyers, where he performed his single Unknown (To You). Lastly, only days into 2018, and Banks has also been announced as a Coachella performer. At this point, it’s highly likely that Jacob Banks could have a year just like Khalid did last year, watch this space!

Last Summer, music was given a very special treat in the form of Choker. The 21 year old Michigan native dropped his debut project PEAK out of nowhere, and set the social media universe alight with it’s impressive composition. What’s even more amazing is that the project was almost entirely self-produced. Following the projects release, El Dorado (the projects fifth song) became an instant standout and boasts almost 80,000 streams on Soundcloud to date. With a sound similar in places to Frank Ocean, and a live performance debut still to attend to, Choker has an air of anticipation surrounding him right now that he’d be foolish not to utilise. 2018 ought to be interesting for the multifaceted acts progression.

Last but not least, Ravyn Lenae. This currently red-headed fire-cracker has heaps of potential within the alternative R&B landscape. The Chicago singer first caught the eye of Atlantic Records in 2016, following a criminally underrated debut EP titled Moon Shoes, which boasted a majestic and unique sound-pallet. Fast-forward to last year, and her follow-up Midnight Moonlight garnered Ravyn all the attention she initially missed out on due to the projects standout track Spice. On top of this, the artist furthered her moment by gaining slots on SZA‘s CTRL and Noname‘s Telefone tours. Finally, Ravyn is weeks away from unleashing her third EP (January 26th) titled Crush, which will be entirely produced by Steve Lacy. The producer recently commented on the project in excitement stating that it was fun to create Ravyn‘s sound. All eyes are on this vocalist as her rise seems to be reaching its peak, it’ll be very interesting to see how Crush fares later this month.

For more music news and updates, click right here only on